Temporary Solution for a Critical Problem

"As a doctor I took an oath to do no harm, but I fear there will be more and more occasions when I can do no good." - Hagop M. Kantarjian, M.D. on cytarabine shortage 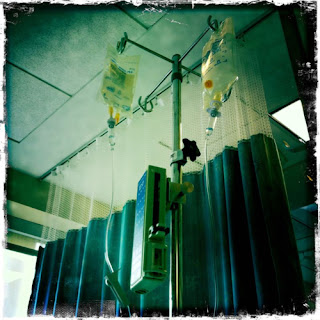 That impossible scenario has been a reality for patients across the United States with acute myeloid leukemia, a cancer of the blood and bone marrow that destroys the healthy production of white blood cells. The shortage of cytarabine, the medicine critical in AML therapy, has left physicians in major medical centers to small towns faced with impossible problems and unimaginable decisions.

"A colleague from Wisconsin wrote, 'We have been forced to form a panel of physicians, pharmacises and nurse practitioners to make make difficult decisions regarding ....this drug (i.e.., who can receive it and who can't).' "

Alicia Staley, writing on WEGO Health said Monday,  "As a cancer survivor, this is one of the scariest stories I've ever read."

1) Cytarabine is GENERIC.  It is incomprehensible to imagine, say, a shortage of Viagra (which isn't prescribed for a condition that can physically kill you relatively quickly, as in the case of AML).  The FDA has no authority to make any manufacturer produce cytarabine or even inform the public about issues that might cause shortages.  This shortage is not a problem in Europe.

2) There are three companies that manufacture cytarabine, described in greater detail in Alicia's post. 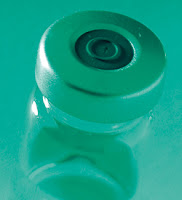 Unlike the mortar and pestle image of the pharmacist in a white coat that most of us conjure up, Wedgewood is one of the largest compounding pharmacies in the country, with the facilities necessary for the safe production of cytarabine. Generic drugs are comprised of active pharmaceutical ingredients, or API, which compounders use basically as a "recipe" to prepare a medication.

Let's hope that this development with Wedgewood provides oncologists and their patients a workable alternative to an incomprehensible problem.  I don't know about you, but I still have more questions than answers.  The issue of generic chemotherapy shortages is alive and in an open file.

Thanks for keeping a spotlight on this issue. As a 2 time ALL survivor, I know how important this drug is to patients with blood cancer. I wouldn't be alive today without it.

My eyes are WIDE open on this. It is incomprehensible.

We'll keep getting the word out. One of the doctors said that if this had been an essential breast cancer drug there would have been front page coverage in the New York Times by now.

This country can DO BETTER.
jms

Shocked that a situation like this can occur in a country like the US!!! How is it possible. My former boss is threated with it for that type of cancer and is responding well. Can't imagine loosing her due to something like this. Mabye a stupid question but why not import it from here?

I actually have been trying to get in touch with the FDA to WHY and or/if that will be done.

This is an issue advocates for patients with this type of cancer should have taken up months ago, when the shortages were first reported. I don't know why it really has taken so long to come in to the public forum. It's a disgrace.

Thanks so much,
jms

Jody, Oh my gosh, this is just incredible. Good job giving this more attention. I cannot believe this kind of problem exists. It's just wrong. Thank you for keeping your eyes WIDE open!