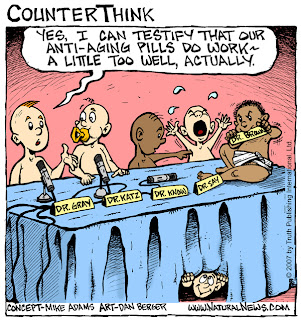 One is not born a woman. One becomes one - Simone de Beauvoir

Last week I told my cycling buddy about some problems I've been having with my hip.  "Oh," she said, pinching an imagined bit of fat on her own hip, "it's a bitch getting older, isn't it?"
No.  It isn't.
It isn't a bitch getting older when you surrender cultural stereotypes about aging.
Some 12 million cancer survivors in the US alone are more likely to say, BRING IT, BABY!
Yeah, bring it on.

Something else, even more fundamental, had happened as well.
When the hip pain started the week before in the middle of the night my first thought was that bursitis had kicked up again, not "it's cancer."
Slowly, over the years the fear that an unidentified ache, pain, or symptom might be a recurrence has eased and dissipated.
Actually I wish this had happened sooner, but honestly, you can't ever go back.  You can only move forward.  There's a  lovely woman down the street whose breast cancer recurred twelve years after her treatment.  That fact stuck irrationally, an annoying bit of gravel in the back of my mind.  Mind you her treatment may have been different, the biology of her tumor probably was, a million differences could have separated our respective cases.
I had no idea how deeply the fear was ingrained until I had my annual check-up at MD Anderson this month.  This year I was even "downgraded" to the survivorship clinic and met with a nurse practitioner.  I told her about my neighbor and her face softened.  "That's just so hard," she said.
It is.  As long as I'm here I'll be working to change the reality of cancer for others.
BRING IT. 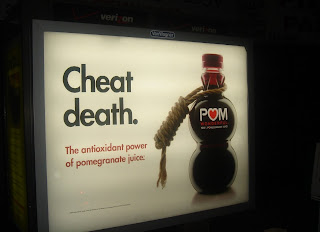 None of us, as the POM ad so ridiculously says, will cheat death. No amount of creams, elixirs or potions will keep us safe from illness, wrinkles, or heartache.

But there's so much we can do -- internally -- to enjoy what we do have. Live life face first. Jump in the fountain.  Spend less time looking in the mirror and more time staring at the faces of those you love.
Memorize their features.

Bring everything. Bring it on.

Great post, Jody! Congrats on having hip pain - normal hip pain, possibly bursitis - and not "OMG, it's cancer!" That is one big milestone.

What an amazing step forwards: thinking its bursitis, not OMG the cancer is back! It doesn't matter how long it has been, now you're at the point in your life that "normal" thoughts come first, before cancer thoughts and I'm over the moon for you. And yes, bring on those years!!! The older the better, saddened for all the family and friends that didn't make it to their next birthday. Remembering their faces and their smiles and missing them every day. Thats why we're stiil in this fight and will be until no-one has to go through that as well. Happy for your cancerversary and the fact you're with us and fighting the fight. Love Annemieke

You know that I won't ever stop for this cause; or stop missing those who have died of it. Cancer changed my life. I'd like to change the course of it for others.

I LOVE this post my dear friend! I love to 'hear' your voice as I read your words, you have the uncanny ability to write like you sound, if you know what I mean. I can't wait to be in the 'downgraded' club:) And my favorite part of this post..."Spend less time looking in the mirror and more time staring at the faces of those you love.
Memorize their features.
Bring everything. Bring it on."
Thanks for fighting for us all!
Love you, me

This is a nice post about cancer and I expect more posts from you.

Never thought I'd say this to someone, but "I'm thrilled you have bursitis!"

Love this, Jody! It's so liberating to attribute those signals of living that we all get to something "normal," isn't it?? Thanks for reminding me to count my blessings. Hugs. Looking forward to being your roomie soon!

Jody,
Terrific post. Congrats on your "demotion" to the survivorship clinic! I am going to take your advice and try to spend less time looking in the mirror and spend more time looking at people and things I love! And yes, bring it on...

I also love that your first thought in response to an ache was so perfectly normal.

I love this posting!! I can so relate to all of the fears and dealing with the possibility of recurrence.

All we can do is step forward, one day at a time, and live in the present.

Thanks my friends: BRING IT!

Thank you for writing it.

Hello I am supporting my Mum along with (mainy) my eldest sister. The prognosis couldn't be any worse for her. But she is facing it head on, and wants quality of life not quantity of life. I found just a little bit of strength in this page today and have written down some of the quotes I love what you are doing, to empower someone who feels control of their life has been taken away is a noble thing. Power to you and everyone in this fight beat the sucker.
Love love love love is all we need
Merrilyn, Dulcie's daughter and advocate.