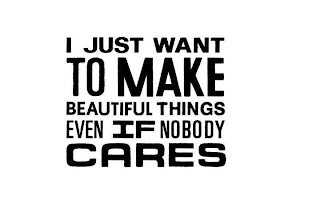 There's nothing more energizing than being around creative people. They do what they do because it's part of their DNA. My friend Claire M (her name has been changed) is one of them. Some of her words to live by are on the left.

Right now though, Claire has more on her mind than the next beautiful thing she'll create. Her family health history includes an extensive amount of breast cancer (her mother was diagnosed at 28) and she is a colon cancer survivor. Now, at 37, she's found a palpable breast lump. 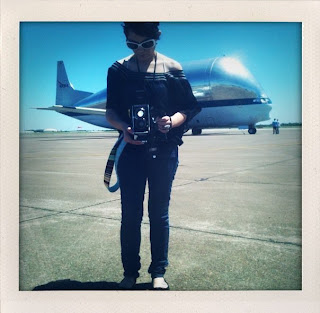 There's one more thing: Claire doesn't have any health insurance.

She lives in Harris County, Texas, home of the massive Texas Medical Center, one of the richest, most medically intensive areas in the world. Some 40 institutions make up this city within a city.

Yet according to Shern Min-Chow, co-anchor of CBS-affiliate KHOU-TV in Houston, some 30 percent of Harris County's own residents are uninsured, far from easy access to the Medical Center campuses. That's about 1.2 million people, based on current census data. The national average is 16 percent, Min-Chow told the audience at last week's Seventh Annual Breast Health Summit, presented by the Breast Health Collaborative of Texas.

Women like Claire, with medical issues that are not emergent but ARE pressing, spend days, weeks, even months trying to have one health issue thoroughly addressed. So far it's taken two months to have an appointment at The Rose, Houston's leading facility for breast health services for under-and uninsured women.

First, Claire told me, she needed to have a referral to The Rose from a private physician to have a mammogram. She doesn't have a primary care practitioner, or PCP.  So The Rose provided a referral so Claire could be referred back. Then another few weeks elapsed until she could see the doctor for the referral. This physician, in turn, was alarmed to the extent that she recommended and scheduled a stereotactic biopsy for Claire at The Rose. In turn Claire made arrangements to a friend travel to Houston so she could accompany her for the procedure.

That's where our last conversation had ended. Yesterday morning I thought about Claire while  I was looking through my notes from the conference, so I dropped her an email.  Ironically enough, the panel that Shern Min-Chow moderated was called, "Breast Cancer & Access to Care: The Texas State of Affairs." No one really has a clue. The private insurer pointed to the legislature; the public health official discussed the burgeoning workload; the think tank policy person ...just talked. If you asked anyone in the audience what was said the answer very well might have been, "it's a mess." Access to health care for the uninsured in Texas is a rudderless conversation.

What they needed on the panel was someone like Claire.

She arrived at the The Rose to find the test wasn't free, but cost $65.00. She was told that without the $65.00 she couldn't have the test. And instead of a sterotactic biopsy, where a small bit of tissue could be extracted for pathology analysis, the physician on duty that day said it wasn't on the schedule. After a mammogram, and an ultrasound, he said he couldn't see anything but that her breast were "very dense," a diagnostic problem in many younger women. He did add, as he was walking out the door, that she should probably get some "genetic testing."

And that's where it had all stopped when I talked with her yesterday. Nothing else has happened.  She applied for Medicaid to find that she made $100 too much per month to qualify. She followed the instructions to apply for a Harris County "Gold Card," following the procedure online, only to find out half-way through that instructions have to be filled out and mailed in or delivered.

In the meantime, she says, the lump is still there.

Stories like this infuriate me, and make me wonder about the sanity of those who say we don't really have a healthcare crisis (generally, they have never had a serious illness or injury). I wrote about a woman in NJ whose chemo was held hostage by the hospital until she paid over $65,000 up front. And that doesn't even address the under-insured, or simple penny-pinching by insurance companies. My GP just told me a patient of his had a breast biopsy denied because it turned out to not be malignant.

One resource that my friend in NJ found useful is the Healthcare BlueBook (www.healthcarebluebook.com). It provided her with a lot of info on fair pricing for various procedures. It might be of use to your friend.

Julie,
Thanks so much for the resource and your comments. A biopsy not covered because it wasn't malignant? Good grief. Isn't that the outcome we all hope for???

And you're right about the underinsured. A young adult with breast cancer told me she'd been better off if she hadn't had insurance at all.

There IS a healthcare crisis, contrary to the belief of the walking well. Or the happily insured.

What makes the contradiction all the more glaring is the wealth of health services in Houston that this woman can not access.

And thank you, you've reminded me to send this blog post to my US Representative.

Jody,
This is SO upsetting. Isn't THIS part of where the "pink" money is supposed to be going? I can't even be angry-I am just THAT saddened by this.

I hope your friend finds the resources she needs to obtain proper, QUALITY care.

Keeping both of you in my thoughts,

This is tragic! How can there be so many inexcusable loopholes in one woman's desperate and persistent attempt to get help? It makes me want to pull money out of my pocket and pay for her tests but where would it stop? And to think this happens in MDAnderson country, in one of the wealthiest cities in the world!

Updates: at the time I wrote the post I also sent out two separate emails. Claire now has the assistance of a navigator at Livestrong AND the Breast Health Collaborative of Texas to keep her case moving forward. I will keep you posted.

In my view we all need to find the Claire's - they are everywhere - and make sure we do what we can to help.

"There IS a healthcare crisis, contrary to the belief of the walking well. Or the happily insured."

That pretty much sums it up doesn't it?

And as Michelle Bachman so "compassionately" stated, "We WILL always have the indegent among us."

Its such a nice post thanks for sharing with us.Prostate enlargement

I recently came across your blog and have been reading along. I thought I would leave my first comment. I don’t know what to say except that I have enjoyed reading. Nice blog. I will keep visiting this blog very often.

I had been searching on this topic for a long while but I was not able to find great resources like that. Now I feel very confidence by your tips about that, I think you have choosen a great way to write some info on this topic.

Hmmm has she looked into Texas breast and cervical cancer program? That is what I am
Enrolled in after months of phone tags, faxes, and snail mail.