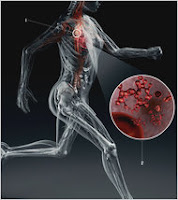 Since my cancer diagnosis in l998 there has been an explosion in survivorship advocacy, research and information for the 11, oops, now 12 million cancer survivors in America - - a number that has tripled during the past thirty years according to a Lance Armstrong Foundation report.

The emerging field of cancer survivorship research underscores what we as survivors can do to enhance our lives and how cancer professionals can help guide that path.
Last week the fifth Cancer Survivorship Research Conference convened  in Washington DC  for two and a half days’ of presentations  on cancer rehabilitation, physical activity and survivorship, survivorship in women of color,  issues for young cancer survivors, and the perception of both benefits and negative changes associated with the cancer experience.
The opening session, “Physical Activity, Weight Status and Survivorship,” featured some of the findings from Dr. Wendy Demark Wahnefried’s  DAMES (Daughters and Mothers Against Breast Cancer) trial, which recruited pairs (mother and daughter) to look at whether the mother daughter bond could serve as support and motivation for weight loss in overweight breast cancer survivors.  Despite the study’s success – even the control group lost weight in the mother-daughter pairs – future studies would probably be expanded to “mothers, daughters,“ Wahnefried said, “and others. There were some daughters who didn’t want to participate with their Moms.  Next time we’ll cast a wider net.”
Hopefully findings can be applied to this and other programs that help survivors lose weight. A body mass index (BMI) greater than 25 and weight gain during adulthood are both associated with an increased risk for breast cancer, not to mention other cancers and heart disease.
“We have data from observational studies that physical activity not only enhances survivorship but lowers the risk of recurrence, but we have to back that up with long-term studies,” Wahnefried said. “What’s safely said?  Avoid physical inactivity.”
Ultimately it comes down to cells and chemistry.
In an experiment published late last month in Science Translational Medicine, researchers from Harvard and other institutions used mass spectrometers to analyze blood samples taken from a group of unfit, healthy, and super-fit (marathon runners) individuals.  In each group marked changes in metabolites, which drive metabolism, were activated in as little as ten minutes of exercise.  The metabolites also ignited reactions in other genes, specifically those regulating cholesterol and blood sugar.  (3)
These preliminary results and others studies like this, will one day show the interactions of exercise, blood chemistry and the immune systems’ ability to fight off marauding cancer cells.
Until then let’s continue to gently support and encourage greater fitness and healthier eating patterns in all our sisters with cancer.
Would you be willing to try a health and fitness program with your Mom?  Or would that bring up too much family drama?  How about your daughter?

Another informative post Jody. I learn a lot about what is going on in the 'cancer' world from your blog. Hmmmm, exercise with my Mom... it would be great for her and I wouldn't mind doing it with her. Exercise with my daughter, I love it and need to get better at making it happen.
Luckily, I like to exercise so that is half the struggle right there. And I recently joined Weight Watchers Online (you have to pay) and have lost 5 pounds! It really for me has been about portion size and quantity of food rather then what kind of food I am eating. Being thrown into menopause by my cancer treatment has really made me have to work harder and bring more focus to my weight.
Thanks for all your insight and info:) Love, Deb

You are always so great at passing on this kind of information - it is what makes you a true advocate! Thank you once again for another terrific post.

I do believe almost everything I know about survivorship and prevention I learned from you, partly through this blog. Again a blog that teaches me a lot, clearly written by a passionate cancer advocate.
Exercising with my mom is not an option anymore: she is almost 79 and has dizzy spells, doesn't see from one eye and I'm very happy she's able to manage to live on her own, but not pushing anything. I don't have a daughter, so that isn't an option either.
But I'm very happy training for the LiveSTrong Challenge made me lose 31 kg and I do feel bettr because of it. Anxious to learn more about this studies though.
Thanks again, love Annemieke

Jody,
Great info. All of us, as breast cancer survivors, will benefit from more focus on survivorship. Just because we're finished with treatment doesn't mean there aren't lots of land mines yet to navigate as we resume our lives.

Great post! And truly a great conference. Thanks for breaking down the findings- that said I'm officially going for a walk with my mom tonight.

-Lauren
Help others overcome the challenges of breast cancer at http://www.breastcancerregistry.org

My Army Brats and Me said...

So on it this year. Now that my energy is much better. The goal eat better and exercise:)Thanks for posting!!

Jody, I love reading your posts! They are so informative. I would love to do this with my daughter. We have a slight problem with distance 3 hours but it is a great idea! I think I have finally gotten the "food" thing. I was significantly over weight before the onset of BC. I am really trying to eat to live insted of living to eat. I have lost about 35 lbs but have about 30 more to go. I have also tried to really walk about 30 minutes everyday with my IPOD filled with praise music. It helps! Luann

Friends,
Thanks for all your terrific comments. This week I've been reading through all the conference abstracts and the book, ANTICANCER, by David Servan Schreiber, MD., a physician who was diagnosed with a brain tumor -- twice. Between both these sources I'll have a lot to share with you over the next few months.

Congrats Deb, Annemieke, Luann -- wow on the weight loss! You rock! The fun friend I cycle with -- Carie -- had great success with Weight Watchers. She re-learned how to cook healthy, filling meals that are low to non-fat and packed with good vegetables and complex carbs. We all need to give up on refined sugar, PERIOD. It's a loser.

And Brenda, you're so right. Navigating survivorship is an entirely different ball game. My purpose is to help women with this stage of our lives. We've been treated for cancer. We've survived and are thriving! Let us count the ways!! WOO WOO! You all are too cool.