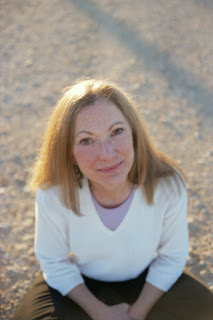 Without a doubt a trip to the dentist last week now outranks my first wisdom tooth extraction as my “most incredible appointment ever.”
Not that I’m writing an epistle about incredible dental appointments, but there’s something about surviving cancer that incredible things happen in the places where you’d least expect it.
Serendipity, yes. Uncanny coincidence? Perhaps.  The act of a mysterious and often unfathomable God?  I leave that for you.  I have my own thoughts, my own faith, there.
When I first saw Anita, my dental hygienist, she looked like she was an exceptional mood.  Since she’d soon have that handy-dandy scraping tool in the vicinity of my gums I was glad for this. Insanely grateful, in fact.  I was also glad because it had been a bad year for her….man trouble, then a divorce, followed by money issues.  So we talked for a little bit about that and how she actually and truly WASN’T fat. I get that.
She turned around with her back to me, lifted the bottom hem of her top and pinched a tad of flesh over her hips. “See?” she said, “I’m getting fat.”
She isn’t.
Girlfriends, Anita is drop dead gorgeous.  Tall.  Long dark hair and eyes, with lovely brows that move up naturally in a question.  She’s intense, driven, funny, and the first girl you’d be in a hair-pullin’ mud fight with.  She’s an ass kicker and is gifted with horses.  If you ever have a “my little pony” moment and end up buying a horse, call HER first. If harnessed (forgive the pun) she would make an extraordinary advocate for any cause. She’s also, not surprisingly, a perfectionist.
I donned the stylin’ paper bib with the clips, and she peered into the computer to pull up my records.  She got to work.  When she was still working on my lower teeth she mentioned something about expecting a phone call from a doctor. She scraped on. Then she dropped the word biopsy and headed toward a tooth that usually sends me into the stratosphere.
By then I turned into one large nerve.
“Wha eyopsee,” I mumbled.
There was something about a breast lump, then oh, there were actually two breast lumps, and a lymph node that looked funny to the doctor so they did one there, too. The next thing I know she leans in to work on the inside of my front teeth – you know that space in between the upper incisors – and starts talking about how she negotiated the price for all of this with the practice business manager.
“I got all of it for $550,” she said then. She sat up suddenly and the scraper made a gesture through the air, “for pete’s sake my deductible is $10,000 and you know whose fault that is. Did I make a deal about his $6,000 of plastic surgery when we split?  Hell no you know I didn’t.”
She zoomed back in to check another troubling space between my bicuspids.  A space she tapped the handy-dandy tool against. “What happened there? I don’t like the sound of that,” she said. “Do you suck on hard candy?”


She was maybe an inch from my head, concentrating on my damn, stupid, stupid, tooth. I felt her phone start to vibrate. Then again.


I gently pushed her hand back. “Your phone,” I said.


“Let’s answer it.”
I already knew.
###
We sat together while the call came in. I held her hand.  She squeezed mine back, in fact, so I covered hers with my other hand.  She talked for a few moments and I knew what she knew.  She was calm, and then moved the phone toward me so I could listen. Our heads were touching.  At that moment the strength of every survivor I’ve ever spoken with – and the grace of God – informed me.  It has been ten plus years since my diagnosis and anything I suffered, and my family suffered with me, condensed into helping Anita.  All that energy collapsed into a 90-second pause.  I prayed this strength would help form the foundation for her upcoming battle.  I felt the strength of all of us, the strength of my sister and yours.  Those I’d met, and those I’ve yet to meet.

Eventually I ended up with the phone and took notes for her.  I asked her doctor to fax us her pathology report.  I listened to the doctor talk about how hard it was to get into MD Anderson and I said, ‘you can refer yourself now.’ To myself I said, “what kind of BS is that?”  Anita is 37.  She’ll needs every tool in the cancer arsenal plus some, to do battle with this.  I showed her how to refer herself to M.D. Anderson, an NCI designated facility, before I left her office that day.

Because she’s pretty, and she likes her looks (why shouldn’t she?) the strength of this woman is underestimated.  But her strength comes through loud and clear. She’ll kick that bastard cancer where it hurts.

That’s one gift of survivorship. I’m here to tell you about Anita and urge you to support her fight, as I support yours.

Such a great post. I nearly forgot how good you are at this. Anita is lucky to have you in her life. So am I

So good to see you:) and thanks so much. Hope all is well with study & life for you!
jms

Jody, serendipity? Yes. Fate? Yes, you were meant to be there for her on that day and how very lucky for her. I love these words that you wrote:

At that moment the strength of every survivor I’ve ever spoken with – and the grace of God – informed me.

Carrying the stories of others always helps me and it's nice knowing our history can benefit someone in their early days of this journey. No better person could have been in Anita's chair that day.

Jody, I'm so glad the Lord had you there for her that day. He had prepared you beforehand to be able to help her and with the knowledge and support she needed at the time. Thanking the Lord for you and will keep her in my prayers. Love you!

We never know when those moments will happen, but I'm certainly grateful that they do.

I don't believe in God but I do believe you were an invaluable resource for her at a time she needed it. Knowing how you are, I know you will be there for her every step of the way. There's that piece in us that hears the beginning of the story, the description of the symptoms and has a feeling how it's going to go. I'm so glad you were there for her during that scary phone call and to get her to the right place for treatment. Now she's got the best there is: MDA and you!

Lisa,
I love how we are all resources for each other, regardless of our beliefs -- a community of knowing.

Thank you for making this blogger's day:) I think we should start a "we love comments club."

Wow! How lucky was she to have you around at that moment. I got goosebumps reading this Jody - amazing piece of writing!

Being diagnosed with breast cancer sucks, but aren't we privileged to be able to help those who come after us? I don't know about you, but I didn't have a Jody or a Brenda when I was diagnosed, so I'm honored to help new members of the Sisterhood in any way I can.

Brenda,
I feel totally privileged and hope I didn't leave any impression otherwise. If it wasn't one, I wouldn't still be here, writing about it. I had people appear in incredible ways, and times, that I remember seemed "otherworldly" at the time. But at the moment I found out? No. I was standing in the middle of parking garage in the Texas Medical Center. It was hot, and it smelled of gasoline and exhaust fumes. Can still see the waves of heat simmering on the pavement when I looked out from the garage onto the street below.

Whew. So glad that day is long past:)
jms

Your story is amazing - beautifully written and it captivates its audience...and I know, without a doubt, it was no coincidence you were in that dental chair at that same moment...simply amazing.

No coincidence! I think so, too:) And thanks so much for stopping by.
jms

Great to stumble on your blog! Best of luck with your journey. Have you heard about FAMEDS fight for Avastin to stay on label? The drug is currently working for 17,500+ women with metastatic breast cancer. Sign & share the petition: http://fameds.org/petition.php

Coincidences are the way things happen. No doubt about that! And, maybe they are not coincidences at all.

This is such a touching post. It brings back all the feeling we have waiting for the phone to ring after the tests. What a blessing for her to have to there.